Experience Makes All The Difference

Suzanne’s healthy regard for food and its life-sustaining properties began at a young age when she witnessed the miracle of her mother’s health. As she was growing up, her mother was very ill, with various health issues. When Suzanne was fifteen, her mother became paralyzed due to an immunization shot. She ended up in a wheelchair and was heavily medicated. Months later, with the help of a Chiropractor she came off all her medications and as he worked on her body she was able to walk again. Watching this miracle unfold had a huge impact on Suzanne’s life.

In 1980 Suzanne’s Mom suffered from diverticulitis. She went to Ottawa to see a Naturopathic Doctor and that’s when her family was introduced to colon hydrotherapy. Because of this and a healthy diet, Suzanne’s Mother became healthy and vibrant.

In 1982 Suzanne read two books that rocked her world and inspired her to begin a career in Holistic Health. “How to Stay Slim, Healthy and Young with Juice Fasting” and “Are You Confused?” both by Dr. Paavo Airola. Through these books Suzanne discovered her passion for health.

In 1982 Suzanne received a certificate from the North American Institute for the Advancement of Holistic Medicine and Nutrition – from Toronto. From there she began to work as a certified Nutritionist in a Health Food Store until she began her own practice in 1987.

In 1987 she acquired a certificate from the North American Institution for the Advancement of Colon Therapy. She began a clinic in 1987 as a certified colon hydro-therapist and continues in that field to this day.

In 1999 Suzanne’s studies were rewarded with a certificate in Nutripathic Medicine from the Nutripathtic Health Centre in Hearst, Ontario.

In 2000 Suzanne graduated as a registered Holistic Nutritionist from the Canadian School of Natural Nutrition in Toronto.

Suzanne is continuing her education with medical experts from all over the world.

In 1986 Suzanne gave birth to a son who was born three months prematurely. Her darling little boy fought for his life in the hospital for three months. When he was finally able to go home, he was a constipated, anemic and a very unhappy infant. Suzanne put him on a goat milk formula, along with natural iron and a host of other supplements. Within 24 hours his color became healthy and normal and a week later he was a happy and contented baby. When he came home his hemoglobin was down to eight but within three weeks it was up to a more normal twelve. To this day her son remains in good health and now has a family of his own.

The last 39 years have been very rewarding for Suzanne as she has worked with the public and has seen people become healthy and whole through colon hydrotherapy and nutritional supplements. Her passion and drive only becomes stronger as she sees the way the human body heals itself when given the right tools. There is nothing more precious than health and wholeness, and Suzanne feels she’s been honored to be a part of that process in many people’s lives. 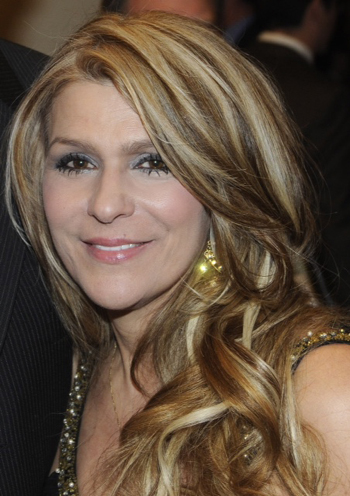